Reclaiming iconic cultural spaces, performance halls and empty museums that have been out of action during the COVID-19 pandemic, and breaking their silences with new music, dance and hope, Silent Spaces' is a powerful new project, a 6 part series of videos and brand new music album led by musician Soumik Datta and a diverse community of musicians, dancers and artists.

It sees the brothers join a diverse team of British Asian, black and ethnic minority musicians and dancers as they venture into iconic venues like British Museum and The Royal Albert Hall in London, as well as Depot Mayfield in Manchester and The Sage in Gateshead.  Produced by charity Soumik Datta Arts (SDA), the resulting six films explore resonant themes in keeping with the choice of venue - confronting issues around mental health, activism, the environment, colonisation and identity. Ultimately - by reconnecting and facing these pertinent and often uncomfortable issues through creativity - the performers were rewarded with a sense of hope for the future of the arts industry and its role in shaping cultural conversations for the better.
‍
The series of films will be released online in late April, in partnership with the venues, Arts Council England, Timberland, WeTransfer, Bagri Foundation and Dishoom, coinciding with an album release, a behind the scenes documentary film commissioned by WePresent and a radio documentary co-produced with BBC Radio 3.

From loneliness to empowerment
‍
As the pandemic continues to develop, so does the inertia for artists and musicians. For Soumik Datta - a sarod virtuoso, composer and co-founder of Soumik Datta Arts - life was affected profoundly by lockdown. Like many of his peers, work immediately dried up and suddenly Soumik was tested by the fragility of his mental health. This all took place under the backdrop of the George Floyd murder, the subsequent Black Lives Matter movement and a new and mainstream conversation about race and identity.


An ongoing process of reflection with peers and his brother and filmmaker Souvid led to lockdown projects such as @ourhopenotes and Sounds of Silence for BBC Radio 3, forging a sense of community and solidarity. Silent Spaces was born out of this, as a collaborative arts project - aiming to inspire hope through adversity and engage with the critical issues of our times.
Taking place over a 12 week period in early 2021, Soumik and Souvid, alongside producer Melanie Cura Daball and manager Minal Mehta, organised a series of complex and Covid-secure shoots involving over 40 cast and crew across the country. Reactivating each space through a series of collaborative and creative outpourings, the teams recorded their every breath and move, immersing themselves within the buildings peering through a historical lens, unwrapping, evaluating and connecting with the purpose of the specific architectural shell and incredibly for the participants, often exploring corners that in normal circumstances would be off-limits or impossible to enter. 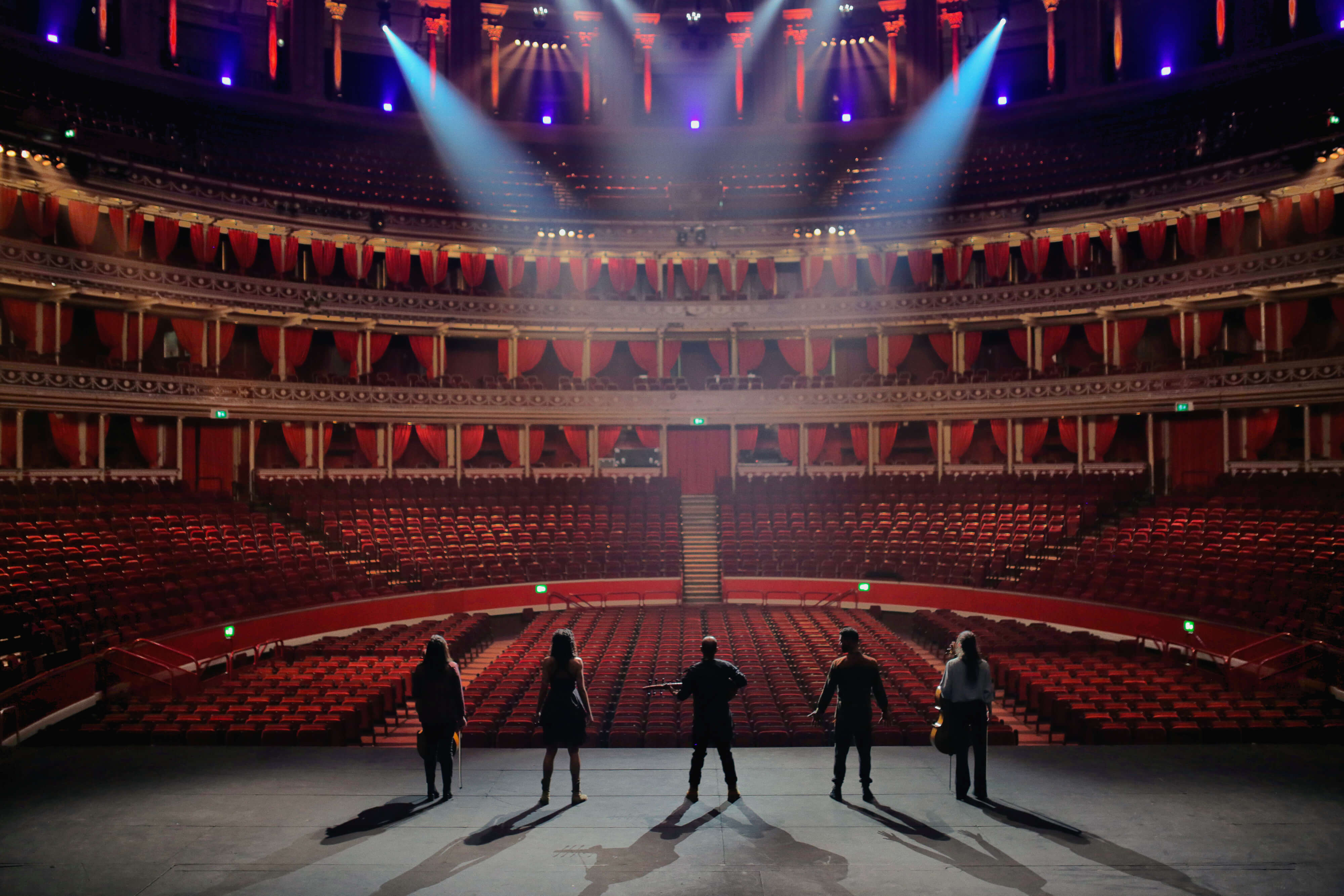 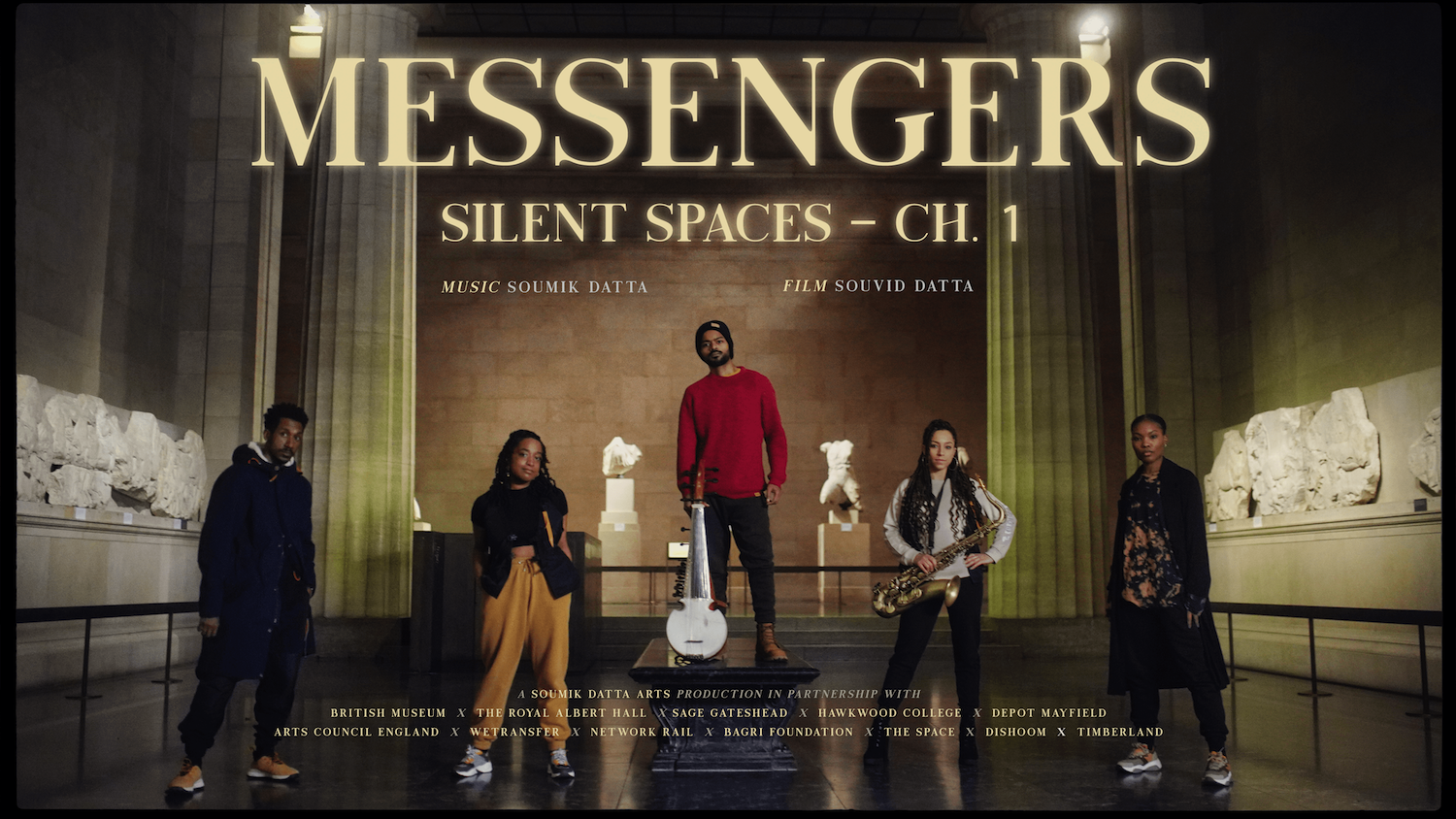 Messengers - British Museum - Episode 1
‍‍
The journey into central London’s treasured museum was a painful one for the participants. Souvid was asking himself why the injustice of unequal power relations between the United Kingdom and it's colonial subjects, in the museum, had been celebrated for so long.

Brothers Soumik and Souvid, struggled with their complicity in this dynamic as well as the Museum’s role to accurately record history. Yet the staff welcomed and supported these debates, making it overwhelmingly an exercise of empowerment and self-emancipation, albeit a difficult one.

Soumik recalls imagining the figure of a young woman of colour standing tall in the middle of the museum singing words of 'forgiveness' and 'love' - and it was this vision that led to the final creation in the museum. It culminated in a song called Messengers written and composed by Soumik and sung in unison between the composer and rising star soul singer, Amahla. This particular journey was taken with Yasmin Ogilvie on tenor saxophone and dance artists Monique Jonas and Ihsaan de Banya who shared the space, interweaving between the explicit histories of the museum.

The pivotal spoken word poetry written and performed by Soumik Datta beside the bust of museum founder/slave owner Sir Hans Sloane, addresses the burden of forgiveness, the mental health cost of racism and the disorienting pain of the wider immigrant experience.
‍ 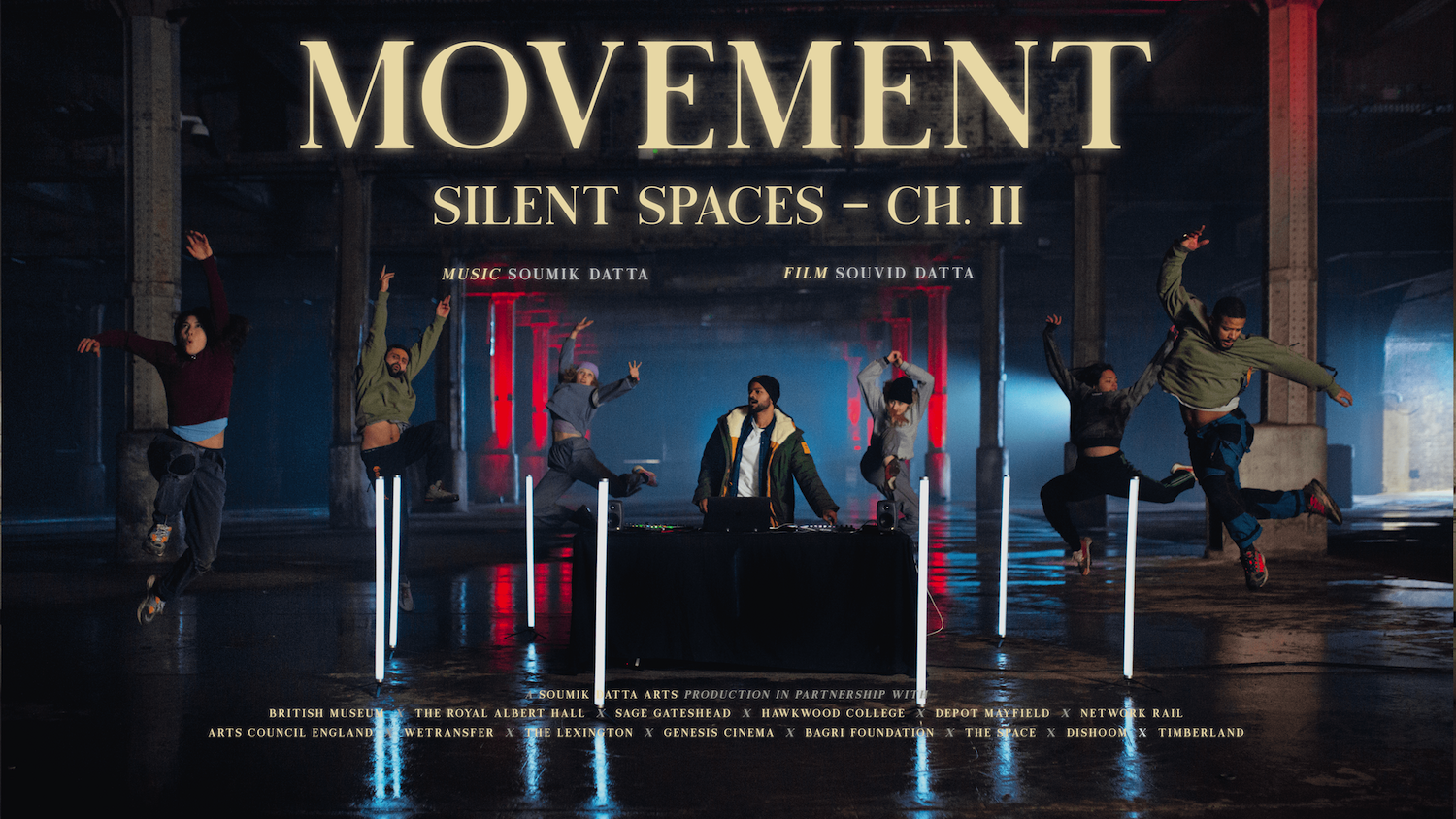 Movement - Depot Mayfield - Episode 2
‍
The impact of lockdown on the body and mind has perhaps been most felt by dancers. These creatives, used to taking up space and soaring across stages, have been confined to meagre stretches across their kitchens and bedrooms.

The track and episode invites the viewer to empathise with the plight of all those of us deprived of the power of moving, as individuals, as a group and as collectives. The beats rise from soft, organic taps to an all in Electronica track charting the positive impact that movement, dancing, letting loose has on the body and our mental health.

The episode is set within the great arches of Depot Mayfield in Manchester. Steeped in a history of olympic swimming teams, baths, a Post Office and a train station, the industrial Mayfield area, now repurposed as a nightclub, embodies the true spirit of rejuvenation and change. 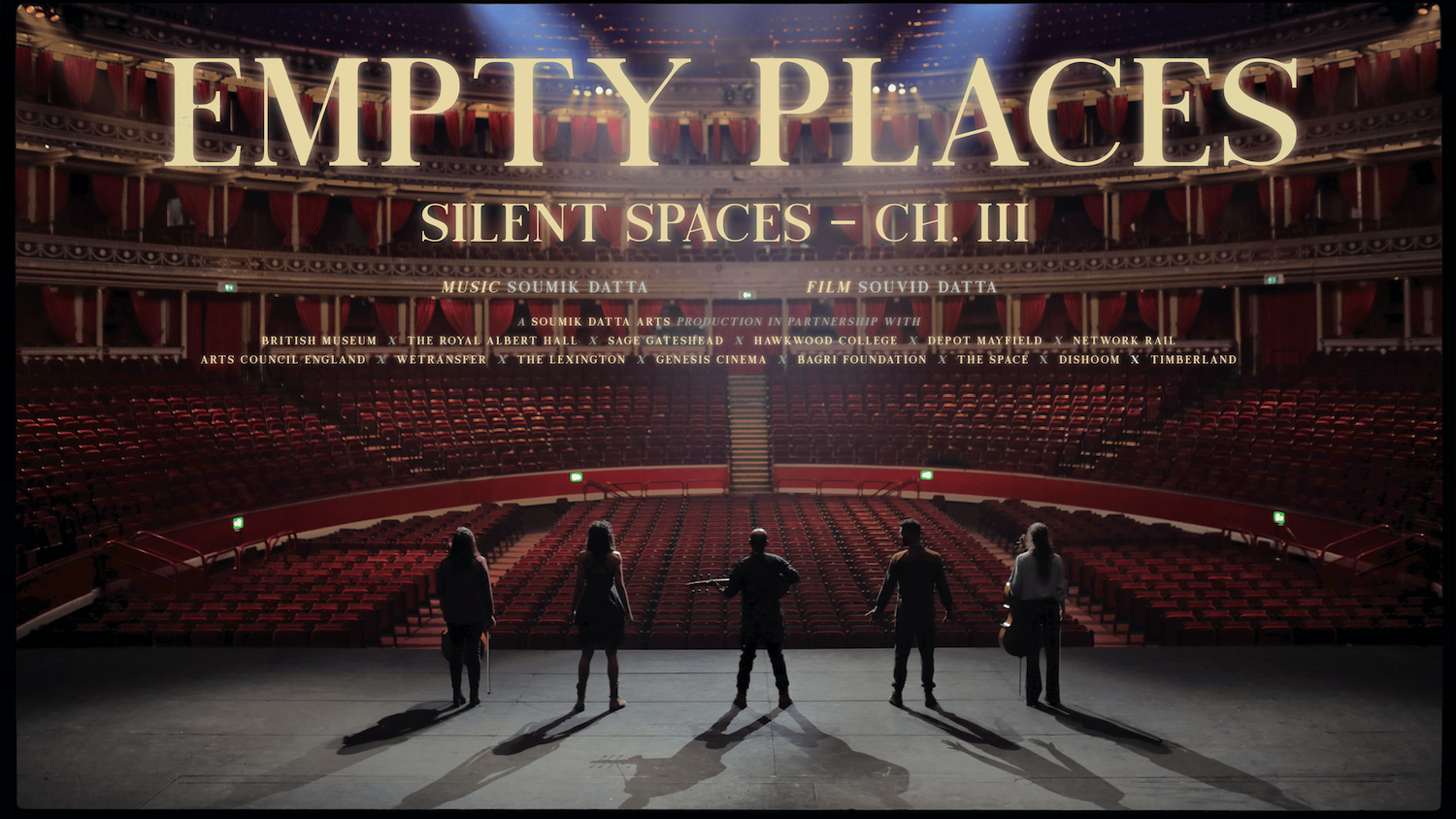 Empty Spaces - Royal Albert Hall - Episode 3
‍
The Royal Albert Hall, on its 150th anniversary provides the location for the title song and second episode of Silent Spaces celebrating the special relationship between creative artists, venues as second homes and audiences that are transported away from their daily lives through experiencing live performance together.

At a time when these historic cultural places of communal importance are lying dormant due to Covid 19 - yearning to be filled with life again - a small and diverse cast of artists comes out of lockdown loneliness to rekindle and share hope through music.

A beautiful duet of strings rings through empty corridors, with Midori Jaeger and Meera Raja on cello; while Rosabella Gregory’s uplifting vocals and arrangement propel the fluid dance movements of Kathak dancer, Mithun Gill - leading audiences along a rare journey through the venue’s hidden corners, backstage and up towards the stage.

Soumik composes, song -writes and performs on sarod while singing lead vocals and rendering a powerful spoken word poem calling attention to the plight of creatives during the pandemic and our collective need for shared cultural spaces. 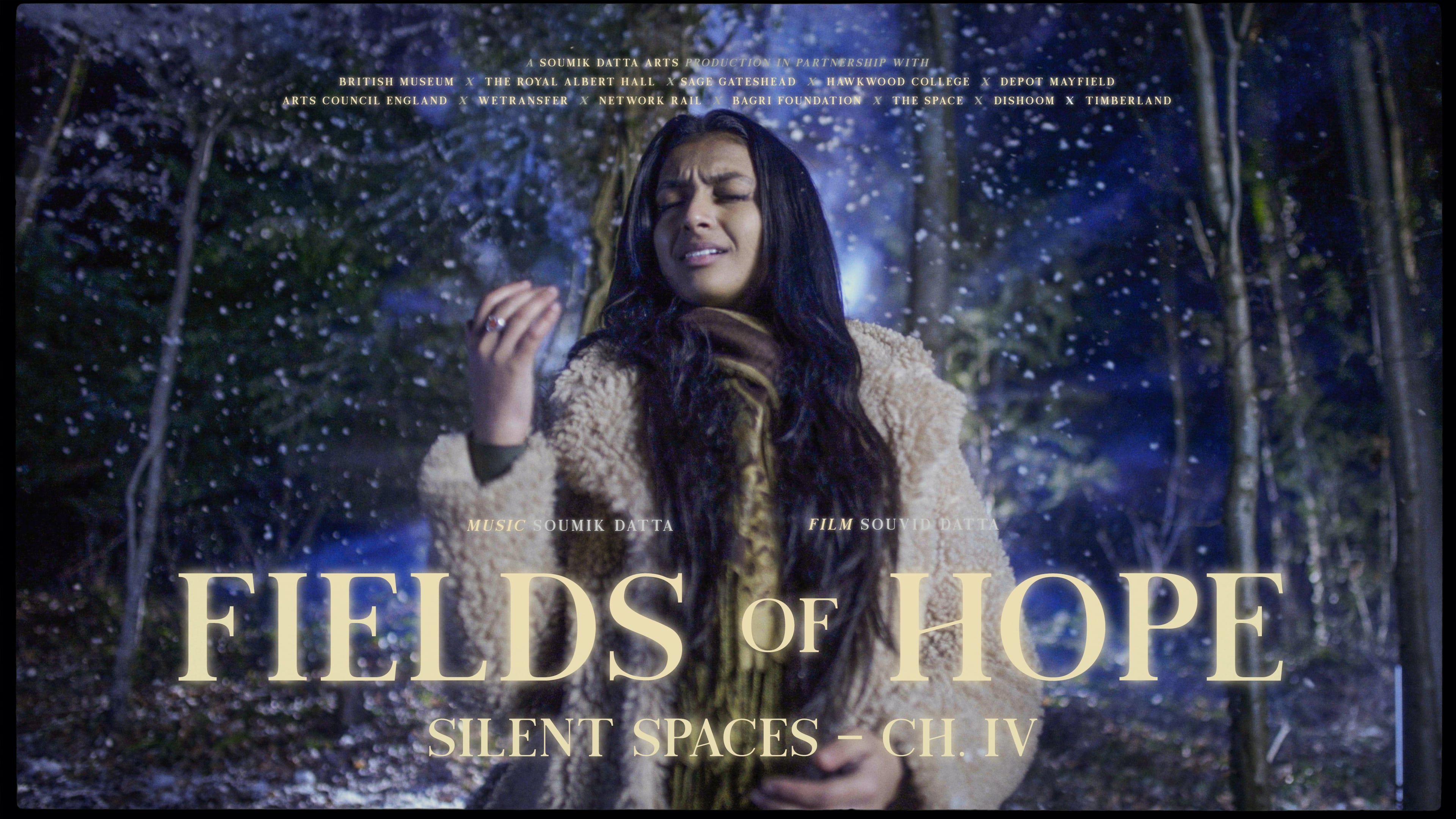 The track builds on nature’s sounds and harmonies to critique consumerism and overconsumption, while paying tribute to the venue’s conservational ecosystem - shooting across Hawkwood’s orchards, greenhouses and natural waste management systems - highlighting that venues are not just their respective buildings but exist within their wider surroundings.

Ultimately, the musicians help the children rediscover their role within and relationship to nature, gaining an urgent awareness of humanity’s climate impact.
‍ 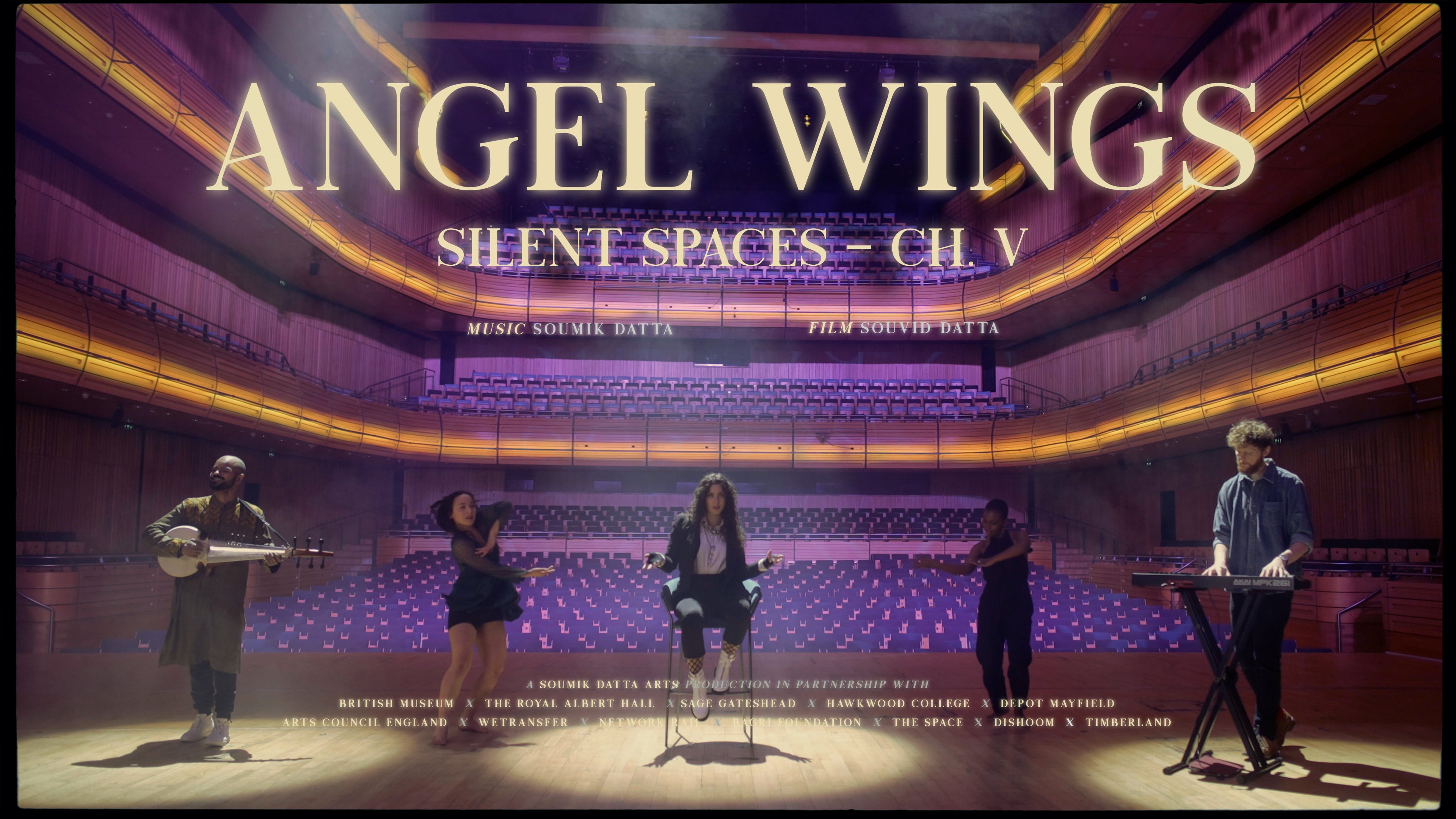 Angel Wings - Sage Gateshead - Episode 5
‍
Set in the windswept town of Gateshead, this episode celebrates the resilience of the North East, a part of the country that is still suffering from losing its industries where unemployment is the highest and neighbourhoods continue to be deprived.

An homage to the people, their fight for hope, championing the differently able as well as the immigrant communities of the region, ‘Angel Wings’ was written by Soumik Datta and sung by Newcastle based folk rock singer Ruth Patterson.

Supported by Soumik on sarod and vocal harmonies and Calum Howard on piano, the chorus alludes to the region’s mining history, the invention of the electric bulb (in Gateshead) and Antony Gormley’s iconic ‘Angel of the North’.

The film narrative follows the journeys of two North East based dancers Lila Naruse and Benedicta Valentina discovering the joy of dance once again after a prolonged period of pandemic stillness.
‍ 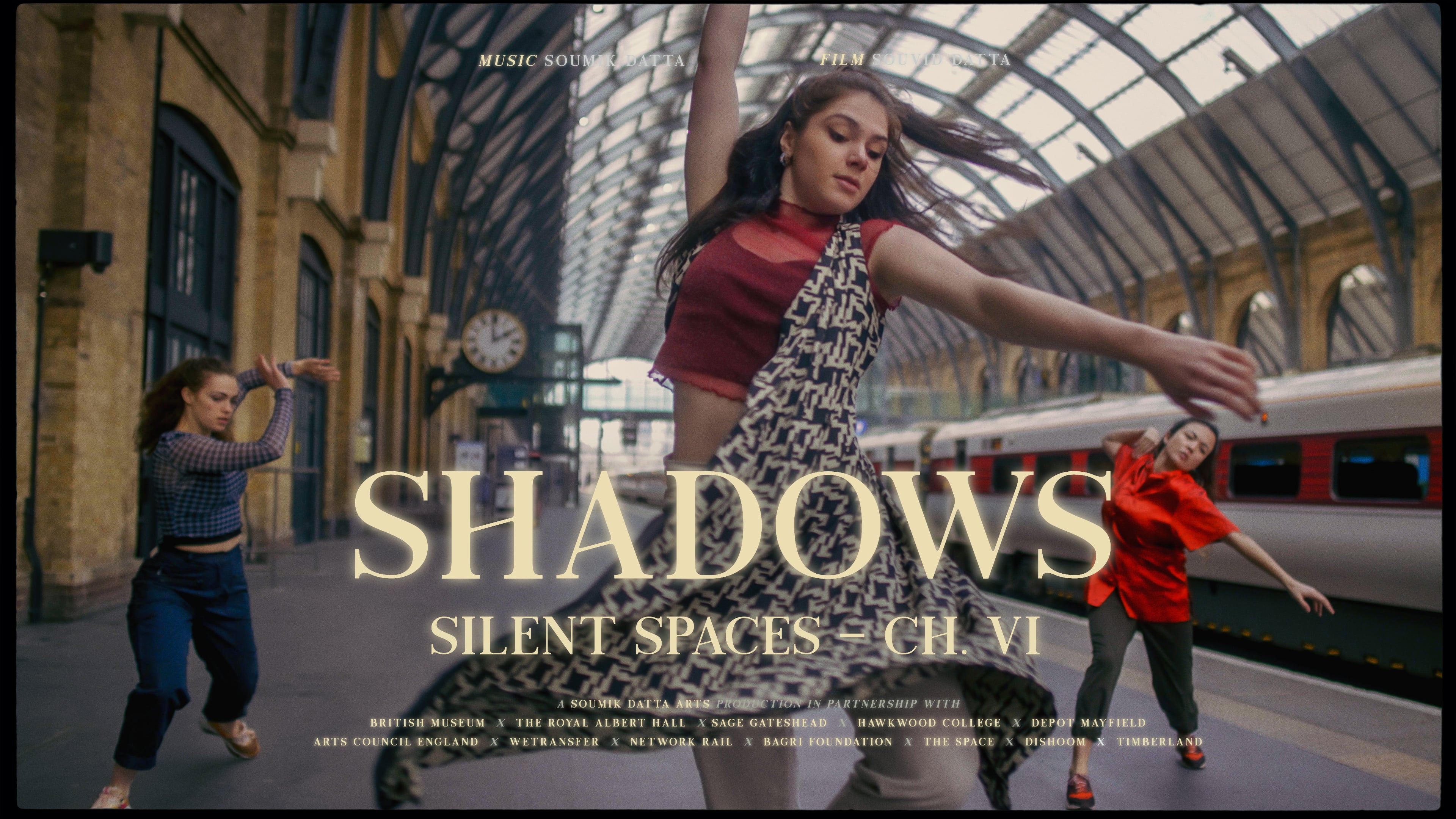 Filmed within our most beloved and missed second homes, from the independent cinema Genesis in East London, to the regular live performance pub The Lexington, Shadows invites audiences to see the opportunity we are presented with now to engender a more constructive and healthy societal mindset, imagining also a new future for the cultural spaces that give us a sense of identity.

In the weeks before the end of lockdown, the striking King’s Cross Station and multi-purpose cultural hub hosts the track’s finale - a fitting backdrop where the artists, like so many others, come together and move forward in new directions.