In development, in partnership with the Royal Opera House, comes an epic new theatrical odyssey about a young girl reclaiming her identity and inner strength by embracing the inspirational power of music.

The Last Rainmaker is a fable about belief in the power of the human voice and the collective. In this world there is one towering apartment block - The Citadel. Surrounding it, as far as the eye can see, is desert.
‍
Water is scarce. It has become a highly-prized commodity, and as such is the means of control. Water is rationed by The Authority, and distributed in capsules. But in order to stem the possibility of stress, anger and ultimately revolution, The Authority have spiked the water with Ingredient X, which allows the inhabitants of the building to feel constant euphoria. They live out their lives as their favourite childhood fantasies - as film stars, princesses, explorers, great sportsmen, kings.
‍
As the real water depletes, The Authority are cutting off the lower floors, depriving them of light, heat, support. All those cut off are considered terrorists/ enemies of The Authority. Bulletins are issued at regular intervals, designed to make people fear the people on the darkened floors below. Everything in the upper echelons of the building is digitalized. As soon as they are cut off, people are forced to return to an organic and analogue world. And some have embraced this… 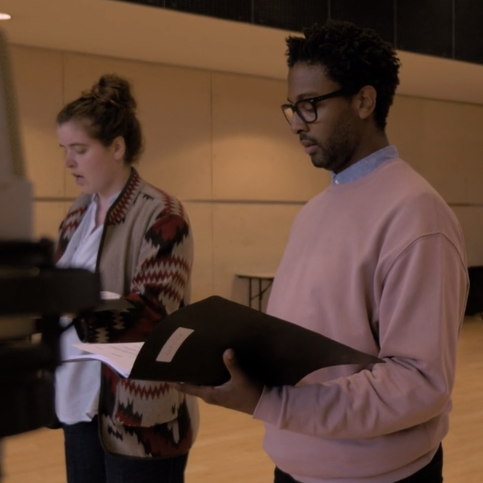 Opera for the Black Mirror generation.