AN ALBUM IN PROTEST OF DEFORESTATION 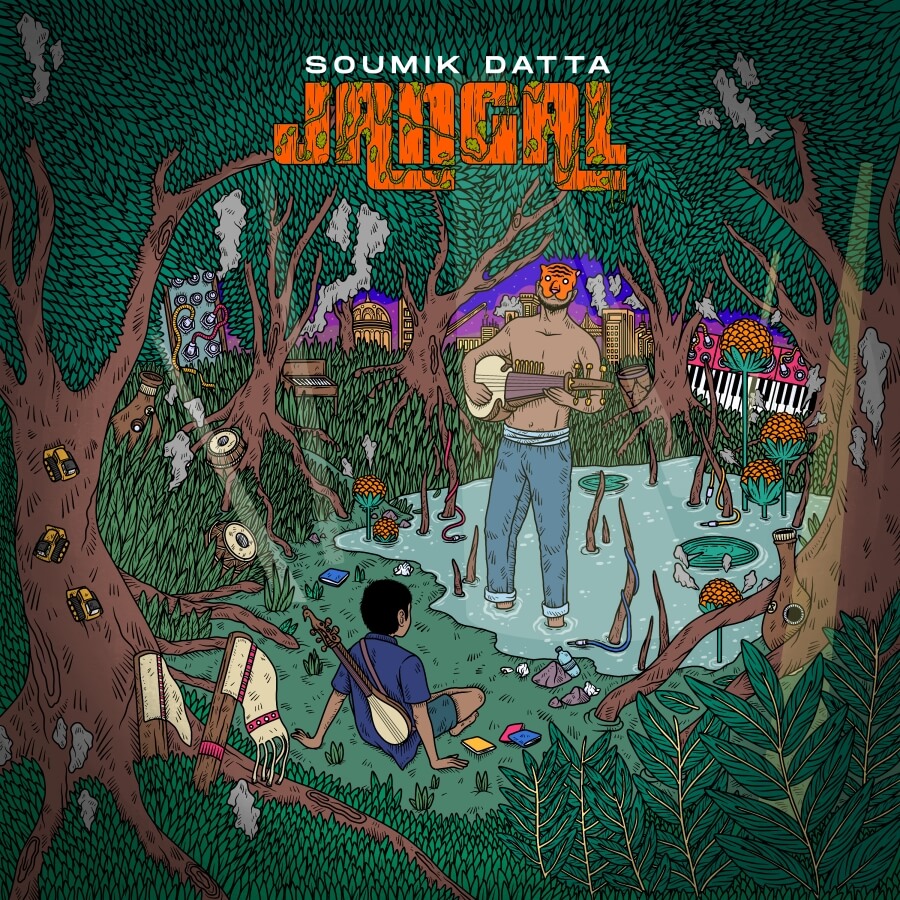 “Caged within phone frames, those burning branches in the Congo, in Peru and in India feel so distant. But these trees, like gentle giants, tall, shooting skyward are the lungs of this planet. And they deserve our protection…”

“As an artist, I have to believe that we have a duty to rage on, to create, against all odds, against resistance, to play and create. I’ve never had the courage to make music in protest of anything before. But these melodies were raging in defiance, simmering under my skin for months on end, until I had to manifest them: songs that celebrate the jungles of our planet and the beasts that live within. A year later, here is this EP.”

Bridging the world of Indian classical and contemporary music, Jangal is a vibrant tangle of musical influences and styles combining Latin percussion, analogue synths, Swiss hang drums and the Indian sarod that weaves a lament for the ongoing wreckage of our planet.

Jangal (the original Urdu word for jungle) is in parts raging, in places aspirational - an artists personal response to our world’s imminent social and ecological crisis. Blending ancient and digital aesthetics, its tracks roar and howl in protest, aiming to emote, spark conversations and raise awareness about climate change.